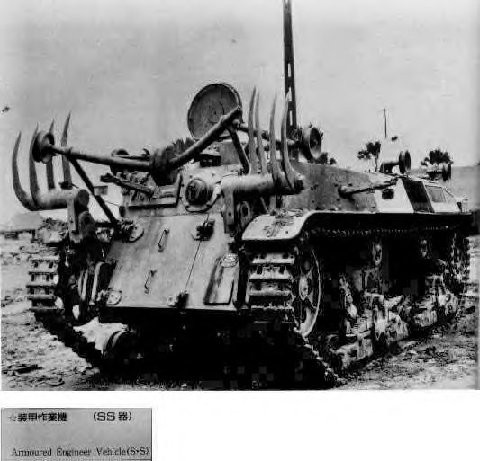 This hideous monstrosity was the Soukou Sagyou SS-Ki which was 's first CEV (Combat Engineer Vehicle).

Developed in 1935, it was based on the Japanese Type 89B Medium Tank, a modified version of the first tank to go into production in which was based on an imported British Vickers Medium C tank and retained the characteristic Vickers suspension. 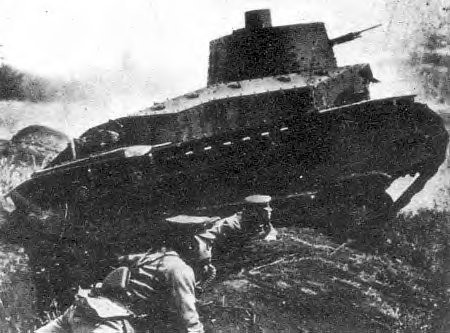 The SS-Ki as CEV was designed to perform a multitude of tasks:

The "Manchurian Incident" showed that the vehicle was too small to perform all these tasks perfectly. The vehicle was redesigned and the tasks required of it were decreased. The last type was called the "SS SS-Ki Bo Gata" and could only do tasks 1, 2, 3 and 5 listed above.

When the Pacific War with the began, the SS-Ki was sent to the South Front, as a bridge layer. In the battle of , 1945, the captured 8 SS-Ki, without bridges. So the forces mistakenly classified the SS-Ki as a flame throwing tank. 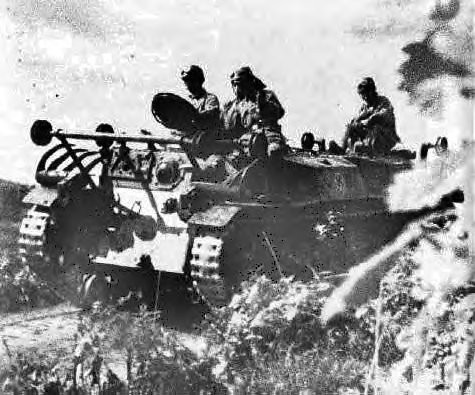